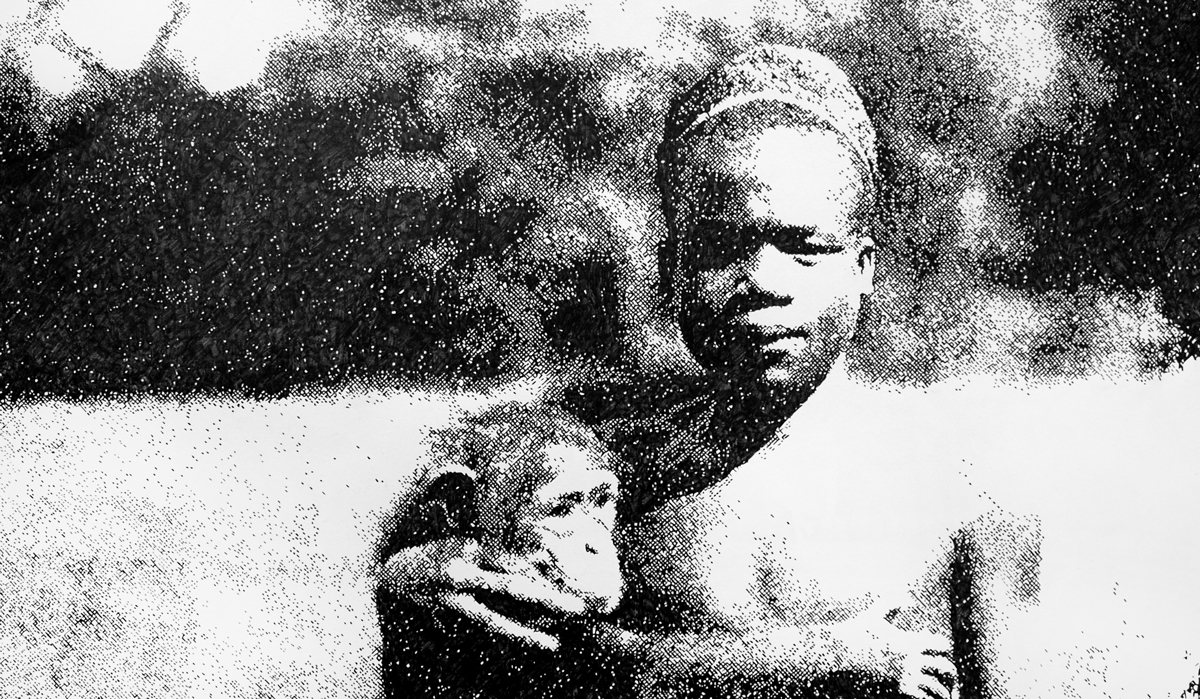 The Human Exhibit (2012) is a project that investigates the history of exhibited humans at Zoos and the connection to our present time. The Project consists of three works and are all a combination of images and text in graphite. The texts are original newspaper articles and letters that are transformed into drawings. The titles of the three works are quotes from the article drawings.

The First Pygmy Has Been Secured! is a series of drawings that maps the life of Ota Benga. A man, kidnapped, and later bought by Samuel P Verner to be exhibited at the world fair in St. Louis, in the United States 1904, and later also exhibited at the Bronx Zoo. This piece consists of 7 frames, all in size 55×80 cm, and a brassplate. This makes it at total of 11 drawings, two framed pages from a catalogue and a brass plate.

Many Other Curiosities is a work that is based on two drawings. The first one showing three Japanese women posing as geishas at the Zoo in Copenhagen in 1902. The second is a drawing of an article printed that same year that discuss and compares the Japanese exhibition with the Chinese exhibition being shown at the same time at Tivoli in Copenhagen.

Huts And Animals And You Name It is a work that shows a group of dancers performing at the Augsburg´s Zoo in 2005. The article in this piece is from the Spiegel Online archive and discuss the different reactions to the african market that the Augsburgs Zoo initiated that same year.