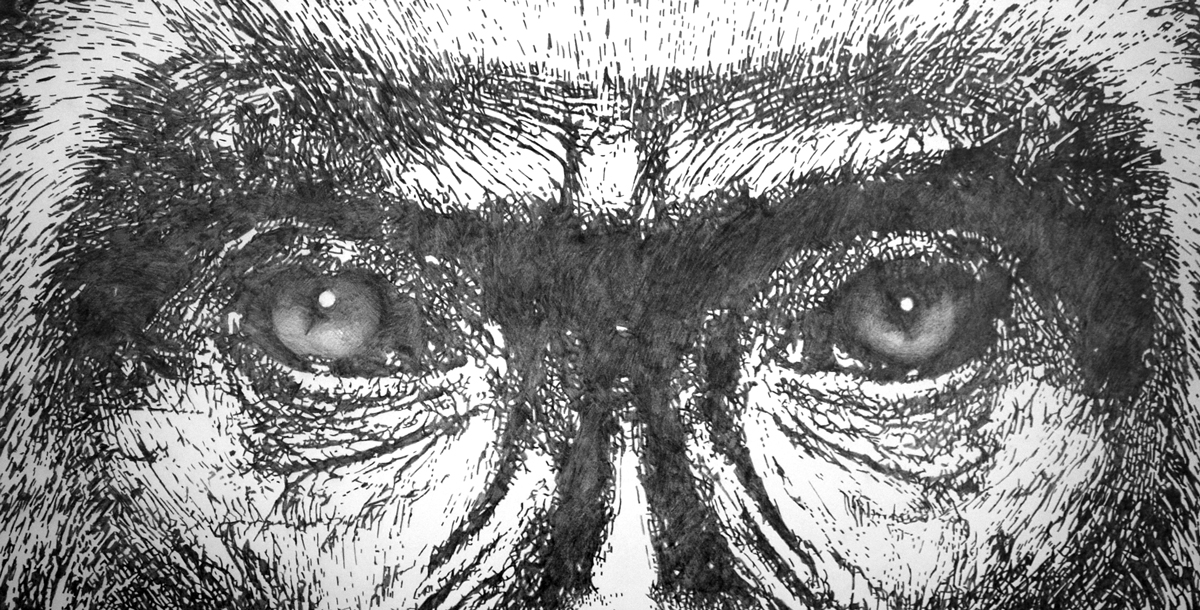 On Stage (2011) is a project that consists of eight graphite drawings, an object and a printed matter. Together they are investigating the expectations the audience (the visitors at London Zoo) have on the characters (the gorilla in their compound) when they are on stage (the cage).

The Characters, is a series of eight drawings based on a group of photographs that are portraying gorillas. The photos are hanging close by the cage of the gorillas living at London Zoo placed so that the portrayed ones are looking at the caged. The images are composed as classical full face view portraits and the focus of the photographs are the individuals, their eyes and their different expressions. The portrayed individuals are spectating the caged ones, who are living there as symbols of an species, acting their otherness.

The Scenography is an object made out of rope, hanging from the ceiling, ending in a a double wall and crown knot. As seen in the cages of the zoo, a symbol of the forest, pretending to be branch, liana or vine.

On Stage -pictures by the audience is a printed matter based on observations of interactions between humans and gorillas at the Gorilla Compound in London Zoo. It contains photographs taken by the visitors found on the site Flickr. They are all published under the Creative Commons and credited to the different photographers.