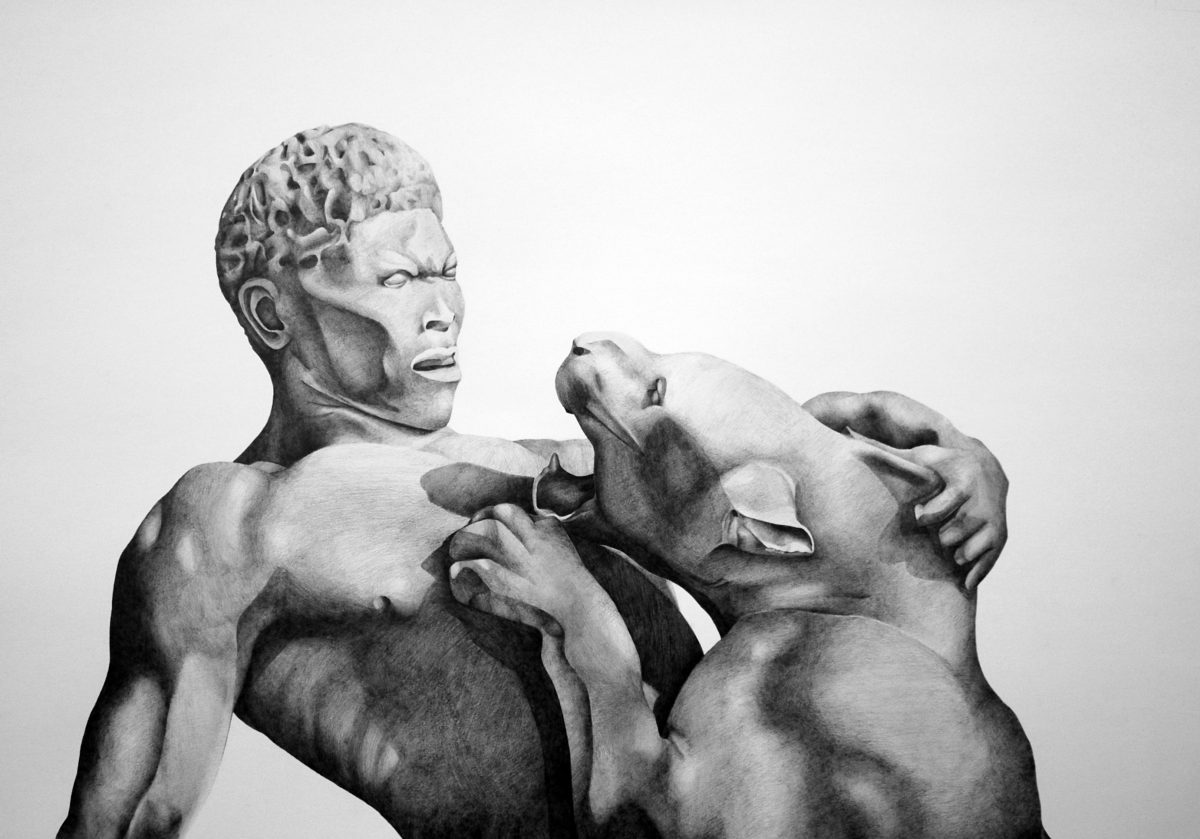 The Violence and the Scenery

The Violence And The Scenery (2010), is a project based on visits to some of the oldest zoo’s in Europe: Berlin, Vienna, Paris, London, Amsterdam, Antwerpen and Copenhagen. The drawings and sculptures shown are influenced by art and ornaments found inside the walls of the different zoos, telling the tale of the struggle between man and so called nature. We can see Saint Francis of Assisi’s taming of the birds, the fight between the savage and the panther, erotic fantasies about the untameable woman and trees and non-human animals in plastic materials. The story being told at the zoo, thru art and actions made by humans, is an old tale of racism, sexism and of man’s endless desire for domination.