On the Back of a Huntsman

On the Back of a Huntsman is a text based artwork written to be performed as a guided tour. It was written for The Timeline exhibition of Nationalmuseum and evolves around the experiences of the non-human animals inhabiting five of the paintings that can be seen in the exhibition. The text was performed at Nationalmuseum  in Stockholm, Sweden, on January 30th 2019.

The text brings forward the imagined experiences and dreams of the non-human animals portrayed by the five paintings, centering on a less anthropocentric version of art history while using anthropomorphism and empathy as methods to imagine these new experiences.

What is it like to be part of the history of art and its production system of oppression and violence? What happens if we refuse to read the once living symbolically and instead recognise agency?

On the Back of a Huntsman  belongs to one of the chapters of my phd project together with two more chapters of guided tours titled Green Feathers and The We and I of the Bishop’s House. On the Back of a Huntsman was made in collaboration with Nationalmuseum and Konstfack Research Week and partially funded by Konstnärsnämnden through a project grant.

Here follows a couple of images documenting the tour at Nationalmuseum on January 30 2019 as well as an excerpt from the text of the capercaille of Gustaf Cederström. 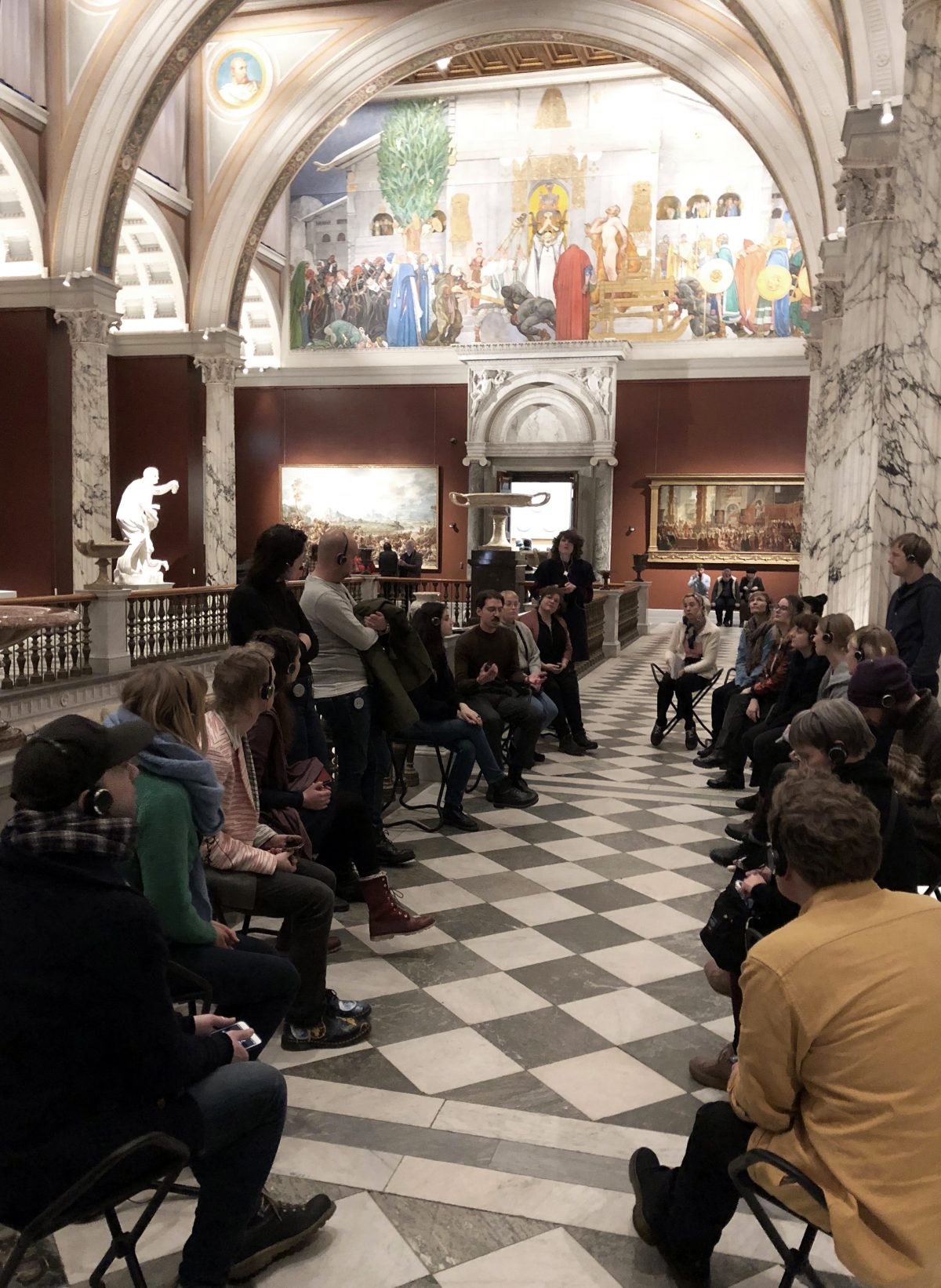 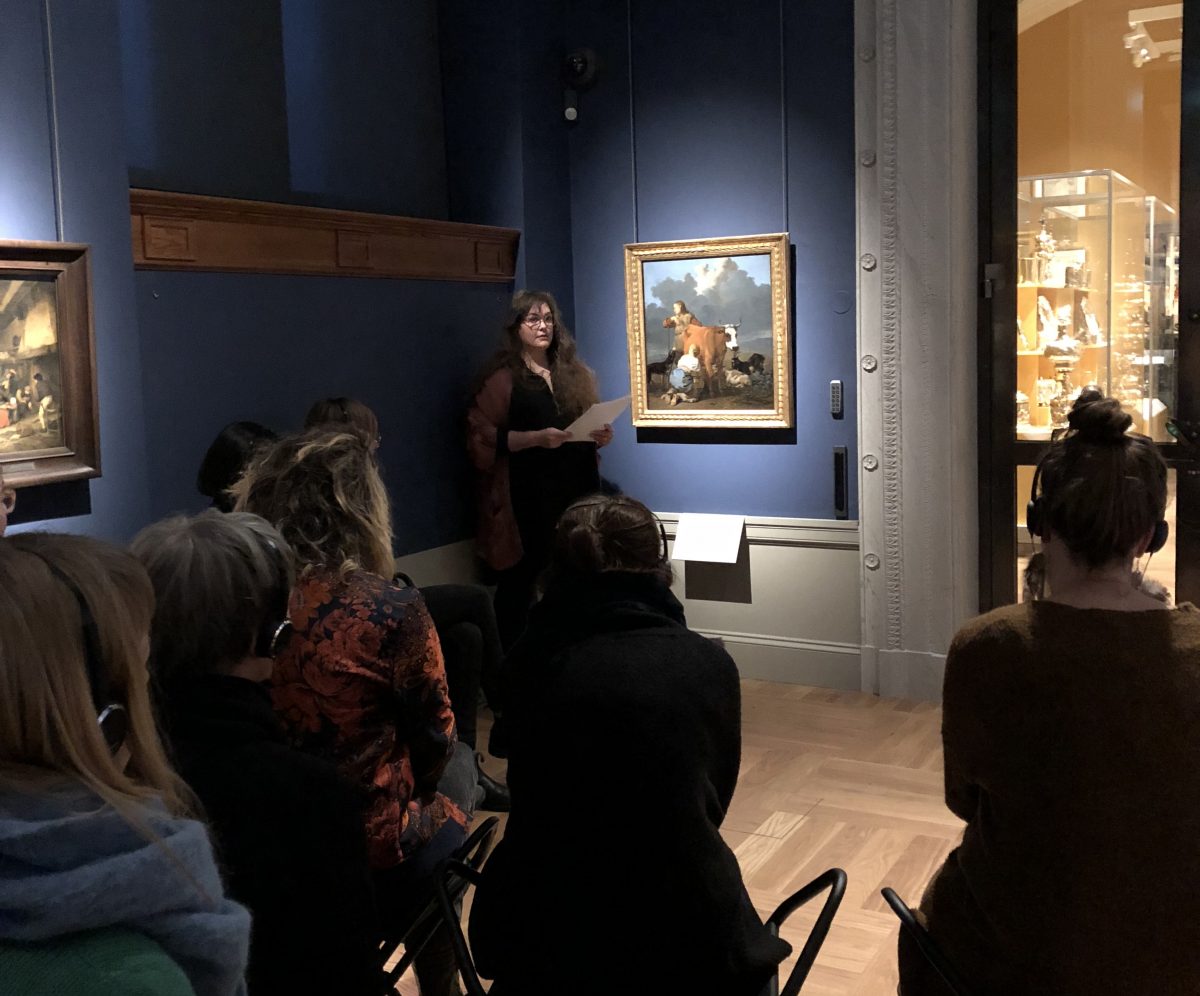 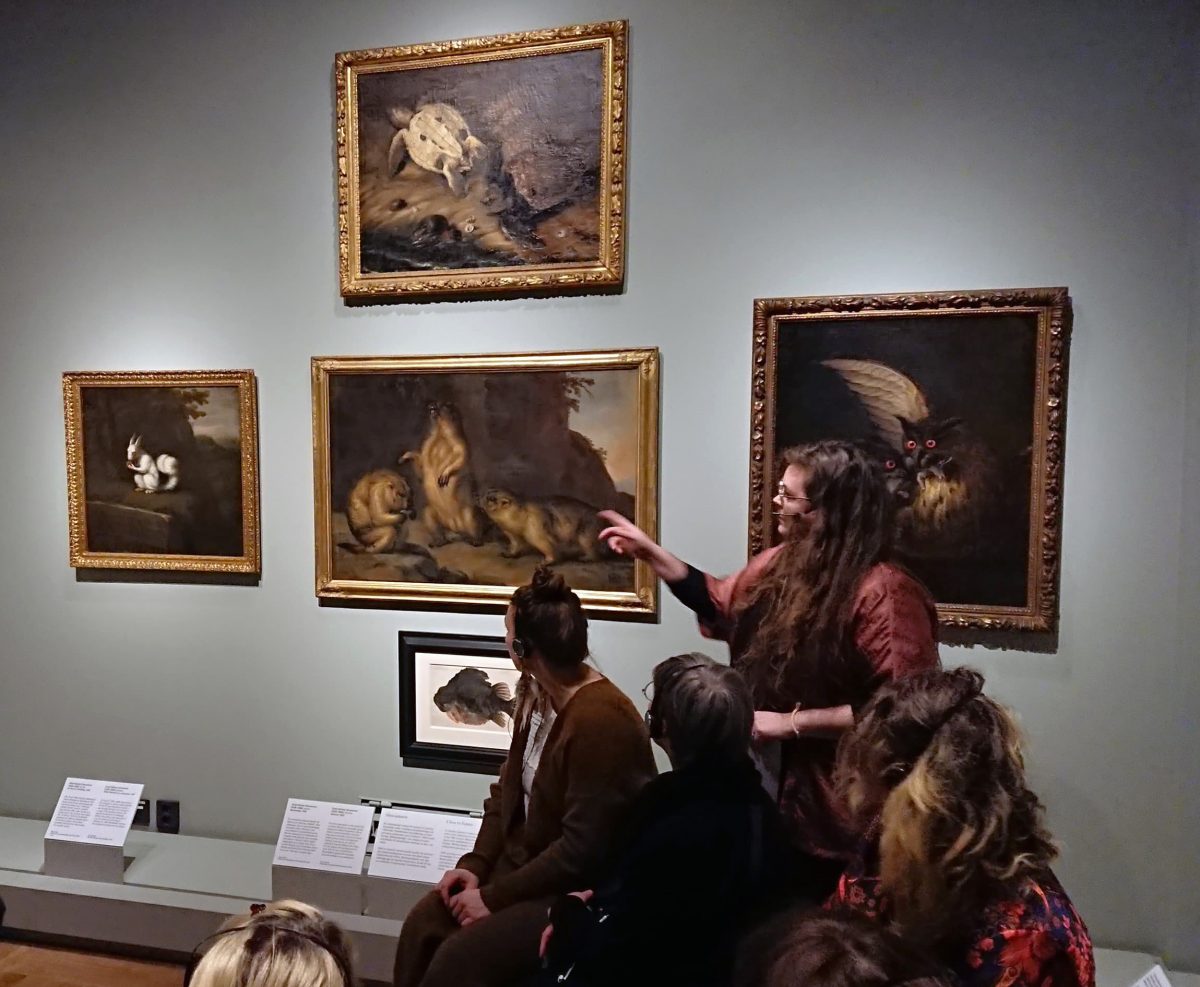