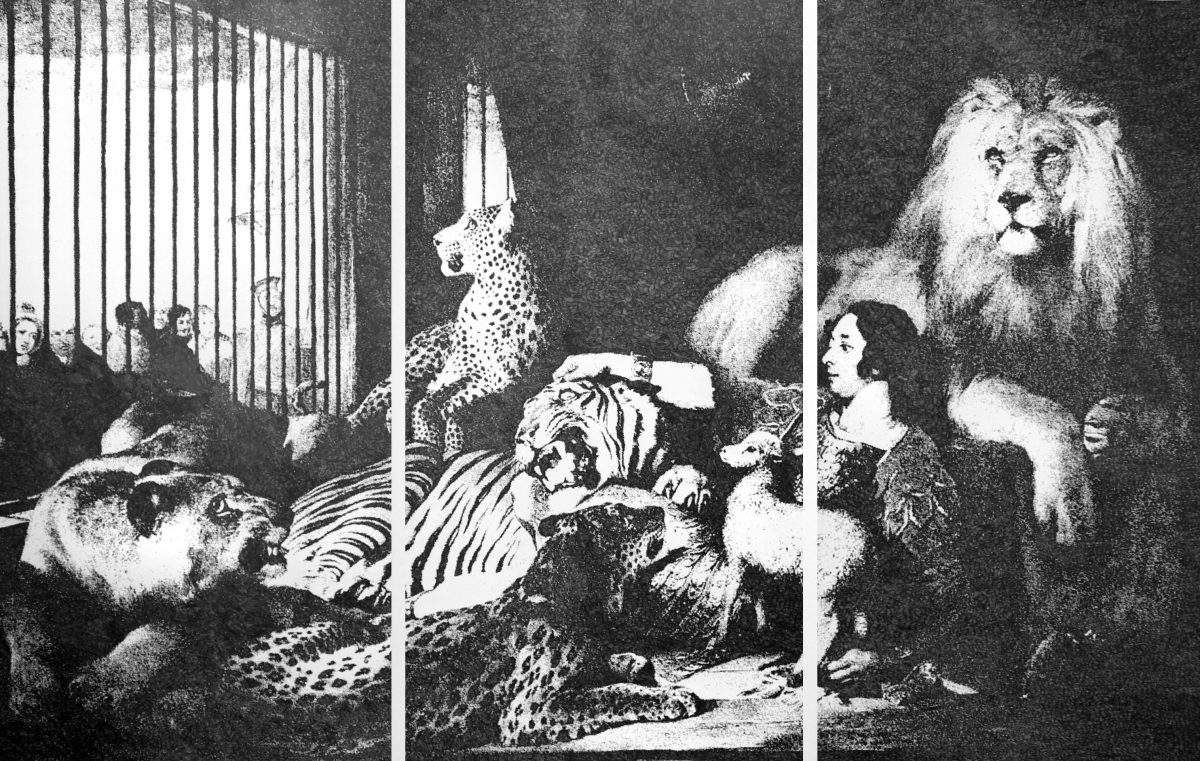 After Isaac van Amburgh and his Animals

After Edwin Henry Landseer, Isaac van Amburgh and his Animals, 1839
The large scale graphite drawing that is the focal point of the exhibition is a re-drawing of the oil painting Isaac van Amburgh and his Animals (1839) by the animal painter Edwin Henry Landseer (1802-1873). It was commissioned by Queen Victoria (1819-1901) after she visited the London show of the lion tamer Isaac van Amburgh several nights in a row. The painting focuses on the final part of the performance where Isaac van Amburgh, together with seven caged animals, enacts the bible verse Isaiah 11:6: “The wolf shall live with the lamb, the leopard shall lie down with the kid”. Behind the creation of this scene, a seemingly fake serenity, lies violence, starvation and oppression of the seven non-human animals that are portrayed within the cage. The re-drawing is transforming the medium of the painting from oil into graphite as well as its original size of 113×175 cm into a size based on the natural scale of the animals portrayed, which makes the re-drawing 200×320 cm.

Resting in a corner of the exhibition is a disassembled set of golden frames inspired by the form and size (2×113 cm and 2x175cm) of the original painting currently hanging at the Picture Gallery at St James’s Palace, UK.

After Isaac van Amburgh and his Animals is the first chapter of the research project Re-Framing the Non-Human Animal in Art Production.

THE CHOIR OF ISAAC VAN AMBURG AND HIS ANIMALS

I am the centre of special but sadistic attention, my fur is cleaned, combed and kept in the purest of colours.

I am beaten into submission with a crow bar to act out biblical fairy tales.

I am part of an orchestrated congregation of lions, tigers and leopards commanded by our shared master. Together we are performing the tamed but still furious predators while he performs the protector of the innocent: caressing the lamb, inviting the child.

Every week thousands of humans come to see us perform this spectacle, eagerly waiting for me to fight back.

The pistol shots, the whip and the crow bar have marked my skin and my soul. The marks are traces of the combination of violence and kindness that brought me here and turned me into amusement.

By starving us we are pushed into ferocity and we are not disappointing the audience. We wait for the trembling silence when he enters the cage dressed in costumes of thickest animal skin and metal plates, tools in hand.

He who fights me, and force his arm and head into my mouth, dissected lions as a child. He is not satisfied with only pushing and pressing. He also wants to cut, tear and pry.

We are a group of travellers in death.

The Queen orders. The tamer forces. The artist documents. One hundred and seventy-eight years after this series of events the artist documents again. I am an involuntary illustrator of your crafted gorge between culture and nature, an example of brute wilderness. I am here for you to adore, fear and oppress.

I am a grotesque curiosity. 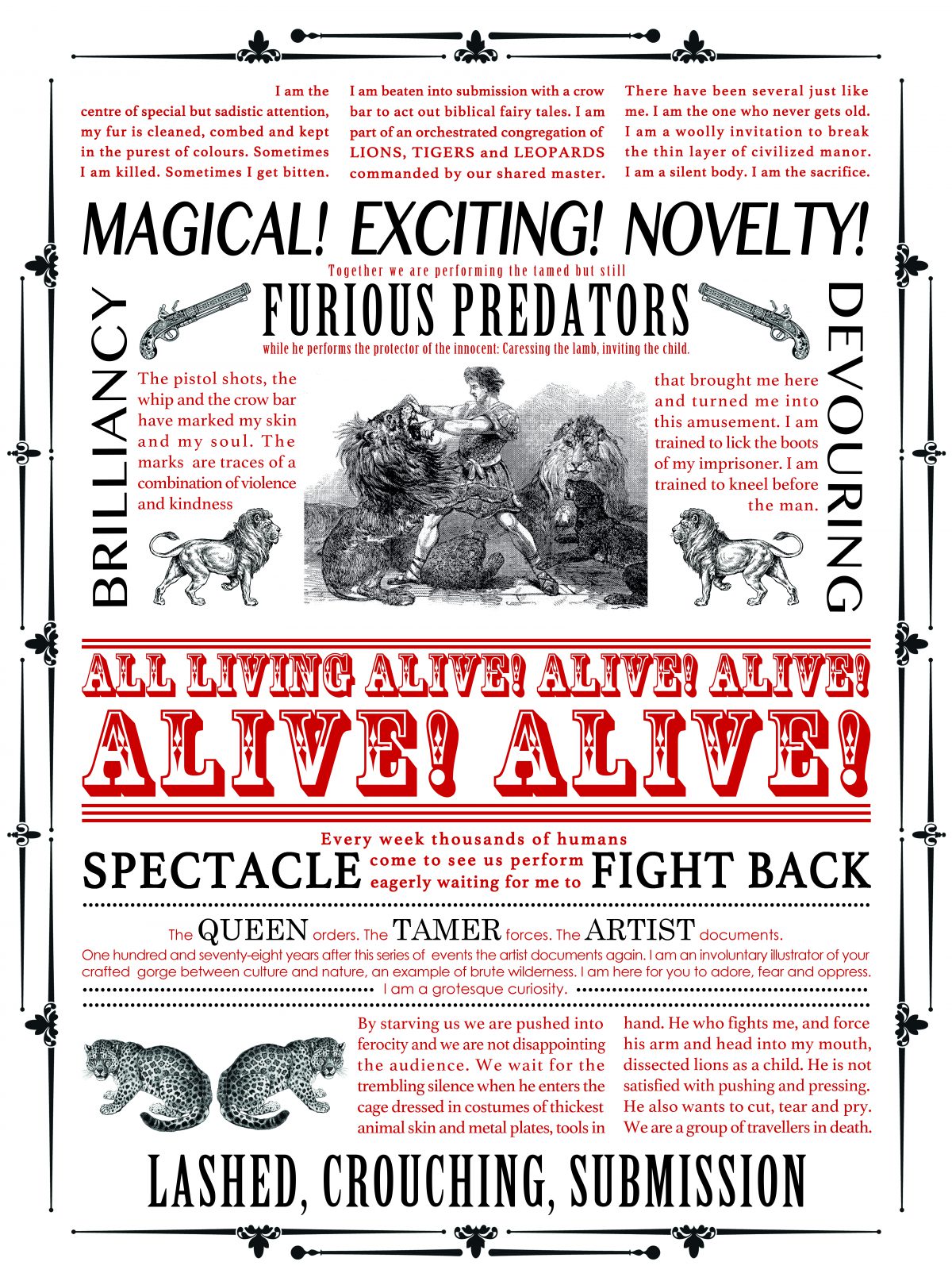